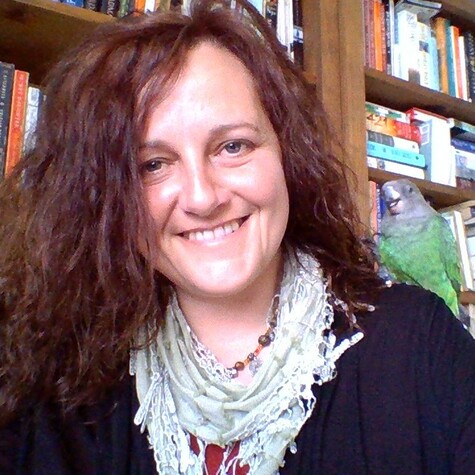 Julie Hartley is a poet, playwright, acting teacher, storyteller and theatre director. She taught Drama and English at Leicester Grammar School in England and Havergal College in Toronto before working with the Department of Drama and Speech Communication at the University of Waterloo, where she taught courses in directing, acting and theatre history, and guest directed two mainstage productions. She has taught guest workshops in the drama departments of dozens of schools and offered workshops and presentations at teaching conferences in Canada (CITE, CODE, Shaw Festival) and Asia (EARCOS).

Julie’s poetry and short stories have appeared in literary magazines in Canada and England, and she was the 2010 recipient of the International Peace Prize for her poetry. Her plays for young people have toured England and Ireland and have been staged by schools, youth theatres and colleges across Canada.

Julie is the owner-director of Centauri Summer Arts Camp in Ontario, where her responsibilities include designing arts programs and training teachers. Throughout the year, Julie teaches creative writing and theatre for the Centauri Arts Academy and leads arts retreats to Costa Rica and the UK. Her novel for middle grade readers, The Finding Place, was published by Red Deer Press in September 2015.

Practical Approaches to Shakespeare in the Drama Classroom

Shakespeare is one of the greatest resources a drama teacher can have. But teaching it can be a challenge. Practical Approaches to Shakespeare in the Drama Classroom helps drama teachers break down the Bard to make his themes, language and characters accessible to all.