Robert Wing lives in a small town called Island Pond, in the beautiful Northeast Kingdom of Vermont. He draws inspiration for his plays from the riotous and oh-so-real students he teaches at North Country Union High School in Newport, Vermont. Robert's writing career began more than twenty years ago when his principal approached him on the first day of school and said "The drama teacher broke her back in a mountain biking accident. You're teaching drama. You've got three months to put on a show." So, with zero theatre experience and zero budget to purchase a play, Robert wrote his own. Since then, Robert has written about a dozen one-act plays, some of them published, some of them too awful for words. When not in his classroom, Robert may be found digging in his garden, scolding Harry (his overweight cat), or pursuing his latest passion - writing in the third person. 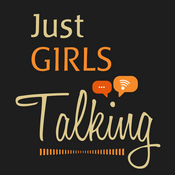 A drama for six women that will have your audience talking long after they leave the theatre. 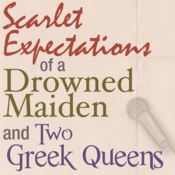 Scarlet Expectations of a Drowned Maiden and Two Greek Queens

A talk show welcomes some of literature's most memorable women who just can’t seem to get it right when it comes to men. 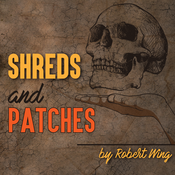 A re-imagining of Shakespeare’s Hamlet.