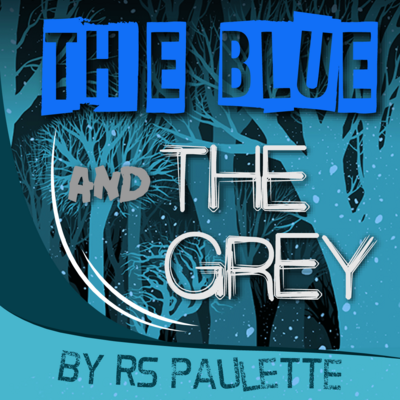 The Blue and the Grey

This award-winning piece is haunting, exhilarating and theatrical.

“We had an excellent time with our production. It was a great show for ensemble building, and devising around who and what the chorus of the "grey" and students are.”
Aimee Kewley, Burncoat High School

In addition to traditional live stage performance rights, The Blue and the Grey can also be performed under the following scenarios.

Productions of The Blue and the Grey may be Livestreamed.

Charlie is surrounded by ghosts. The ghost of an estranged father who leaves her an antique musket. The ghost of a classmate’s sister who cautions Charlie, The Grey will hear you.

Who are the Grey? Ghosts of Lost Confederate soldiers ambushed following the first battle of Fredericksburg, 1862.

As the Aurora Borealis light up the Virginia night sky Charlie must confront the living and the dead. She’s trying to find peace but will she make the right choice? What brings her to the centre of a barely frozen lake with the musket and her ghosts? Beat! Beat! Drums! Blow! Bugles! Blow!

This award-winning piece is haunting, exhilarating and theatrical.

Characters in this play are currently identified as male or female. Directors are welcome to assign any gender (binary or non-binary) to any character - with the exception of CHARLIE and UNCLE WALT - and modify pronouns accordingly.

The Myths at the Edge of the World

Four campers are not only lost in the wood, they are lost at the edge of the world with no land, water, stars or sun. The only way to bring life back is to ask the right questions that will release stories from the wind.

The Blue and the Grey
by RS Paulette

Pricing Information for The Blue and the Grey