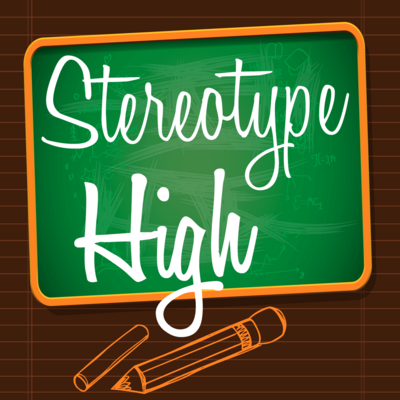 In addition to traditional live stage performance rights, Stereotype High can also be performed under the following scenarios.

Productions of Stereotype High may be Livestreamed.

"Hi I'm Skye and I'm done being a stereotypical... I don't even want to say the word. I'm tired. Tired of the rumors, some of which are true."

The geek. The freak. The stoner. The dumb jock. The mean girl. The thespian. The slut. The lonely girl. High school is full of stereotypes – or is it? Told in a series of interlaced vignettes, these "stereotypical" teens fight tooth and nail to reinvent themselves. There's nothing more powerful than the teen who stands alone, proud of who they are.

This play contains real situations, real feelings, and real thoughts about all the mature topics. Yes, that means sex, drugs and retainers.

CHUCK [M] 76 lines
The stereotypical jersey-and-jeans-wearing jock, the kind of guy who’s taken a few too many shots to the head (the same head featuring golden hair, perfect bone structure, and lips every girl in the school wants to test for softness) which may explain why the first word out of his mouth every time he speaks is “uh…”. One monologue
JEANIE [W] 138 lines
The stereotypical designer-clothes-wearing-over-accessorized mean girl, the kind of girl who can send pictures of her former BFF making out with her other former BFF’s boyfriend in the school bathroom to half the school while texting the guy with her other hand, omg—u r so hot! One monolouge
RONALD [M] 127 lines
The stereotypical button-down-half-sleeve-shirt-wearing geek, the kind of guy who’s going to score a 35 on his ACT (and tell his parents that he’s retaking it to get the extra point) and a negative five with the ladies (assuming, of course, that a lack of prowess with the opposite sex is not limited to being measured strictly by whole numbers). One monologue
ANNAROSAROSEMARIE [W] 148 lines
The stereotypical unmatched-shirt-pants-and-socks-wearing thespian, the kind of girl everyone refers to as “weird,” not so much because of her apparent need to over-inflect everything she says, but because she knows the words to every song from Rent and isn’t afraid to let you hear them. Like, all day long.
ALEX [M] 141 lines
The stereotypical old-school-rock-concert-black-T-shirt-wearing stoner, the kind of guy whose most important decision of the day is when to smoke his pot—before homeroom in the school parking lot, during school in the bathrooms of the career ed wing, or after school in the basement that his parents converted into his bedroom. Or all three. One monologue
RITA [W] 125 lines
The stereotypical wool-sweater-long-skirt-and-wide-glasses-wearing lonely girl, the kind of girl whose hair is bound as tight as her braces, except when she snorts after her friends tell her the one about the blonde who turns the lights on after sex by kicking open the car door—not because it’s funny, so much, but because she knows that her chances of ever having such an encounter range somewhere between being voted prom queen (other than as the victim of a cruel joke) and being asked out on a date. By a boy. Any boy. One monologue
ANDREW [M] 134 lines
The stereotypical plain-sweatshirt-and-black-sweatpants-with-white-sockswearing freak, the kind of guy who walks down the hall grazing the lockers as he goes, talking to himself the whole way and whatever voices are calling him that particular day—H.P. Lovecraft, Dr. Demento, or the mother he is almost positive isn’t his mother at all, but a hellhound spawned by the evil lord Mesmerizo on planet Crazyasbatcrap. One monologue
SKYE [W] 101 lines
The stereotypical miniskirt-low-cut-blouse-too-much-makeup-wearing bad girl, the kind of girl whose three favorite places are dark busses on nighttime school trips, houses hosting parties with plenty of drunk boys, available bedrooms, and no parental supervision, and well, anywhere dark where there’s a guy with a free five minutes. One monologue
MRS. SLATTIMORE [W] 55 lines
The stereotypical high school guidance counselor, the kind of woman who really wants to help kids but is, herself, so conspicuously hanging on the slippery edge of reality that when she does actually help someone, it’s either completely accidental or by an unverifiable act of God.
MISS JOHNSON [W] 44 lines
The stereotypical first-year teacher, the kind of woman who was blackmailed by administrators to have to advise an extracurricular for which she is completely unqualified, leaving her susceptible to the inevitable doubts that she already has about working with children which she can tack on to the pressure of finding a husband, moving out of her parent’s house, and paying off college loans totaling more than she’ll make in her first five years of teaching.
DISGRUNTLED MOVIEGOER [A] 18 lines
The stereotypical guy who goes to movies by himself, the kind of guy who thinks the movie theater is his living room and takes it upon himself to crucify other patrons—teens, especially—for every excessively loud popcorn crunch, cell phone vibration, and bathroom break that interrupts his personal movie-going experience.
POWER RANGERS 1 & 2 [A] 0 lines
The stereotypical kids who dress up as cartoon characters and go to Cosplaying conventions to hang out with other socially inept youngsters who watch way too much T.V.
LADY IN A WAITING ROOM [W] 0 lines
The stereotypical fifty-something lady, the kind of woman who eavesdrops on the conversations of nearby teens, taking everything they say as a sign that the world is, indeed, going straight to hell on a Harley.
LIFEGUARD [M] 0 lines
The stereotypical guy who got his lifeguard license so he could work at the local water park to sit in the sun, check out girls, and completely abuse the power to sit atop his lumber tower and blow his whistle every time a kid has the audacity to splash someone. TEEN BOYS 1 & 2 TEEN GIRLS 1 & 2 TWEEN BOY
EARLY TWENTIES GUY [M] 11 lines
The stereotypical guy who went to college to study the ways that constant drug use keeps someone from accomplishing anything worthwhile— like completing a reasonably intelligent sentence.
FRANKENSTEIN [A] 2 lines
The stereotypical retail employee who’s seen his share of Joe public—and has been completely horrified.
TEEN BOYS (x2) [M] 1 line
TEEN GIRLS (x2) [W] 1 line
TWEEN BOY [M] 1 line
STAGE CREW: (as many as necessary)
Dressed like the actors for specific set changes between scenes, a part of the action of the show.

Recommended for actors with Advanced Experience.

Sometimes the hardest part of school is getting from one class to the next.