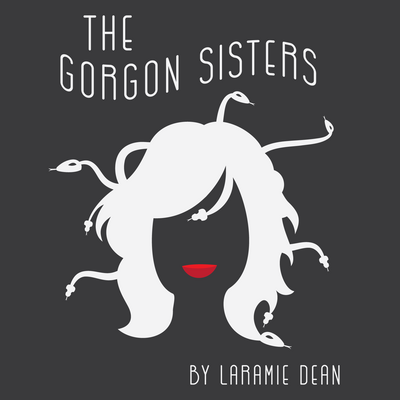 Can Stheno bring her sister Medusa back to life?

“This show is WONDERFUL. We loved the script, and the opportunities for creativity with the character design. Lighting and sound are really key to this script, and there are so many possibilities for properties and costumes as well. Highly recommended!”
Shelly Riggs, Logan High School

In addition to traditional live stage performance rights, The Gorgon Sisters can also be performed under the following scenarios.

Productions of The Gorgon Sisters may be Livestreamed.

The story is everything to Stheno, the oldest gorgon sister. And this story is a big one, a hero’s quest. And not some lame quest like the one Perseus went on for a girl.

Stheno wants to bring her sister Medusa back to life. It’s impossible, and everyone tells her so - Hades, Heracles, Athena… but for someone like Stheno, the impossible just takes a little longer.

A fabulous take on these Ancient Greek characters with lots of casting flexibility and suggested cuts for one-act competitions.

19 Characters
8 M, 10 W, 1 Any Gender, plus Harpies and Creatures, doubling possible
Stheno [W] 252 lines
Pronounced “THEE-no.” A Gorgon on a mission
Medusa [W] 18 lines
Stheno’s baby sister. Dead. Appears in flashbacks as a little girl.
Euryale [W] 35 lines
Pronounced “Yuh-RY-uh-lay.” Stheno’s sister. Also a Gorgon.
Heracles [M] 48 lines
A hero. Big and strong. Talks like a surfer dude.
Orpheus [M] 56 lines
A washed up musician.
Eurydice [W] 3 lines
Pronounced “Yuh-RID-uh-see.” Orpheus’ dead girlfriend.
The Harpies [W]
Women with the bodies of birds.
Athena [W] 30 lines
The goddess of wisdom.
The Minotaur [A]
A man with the head of a bull.
Hades [M] 50 lines
Lord of the Dead and the Underworld.
Apollo [M]
God of light.
Demeter [W] 2 lines
Goddess of the harvest.
Artemis [W] 1 line
Goddess of the hunt. Carries a bow and arrows.
Ares [M] 2 lines
God of war.
Poseidon [M] 28 lines
God of the sea. He carries a trident.
Zeus [M] 1 line
Ruler of all the gods. Carries a lightning bolt
Hera [W] 2 lines
Queen of the gods.
Io [W] 2 lines
A mortal. One of Zeus’s girlfriends whom Hera eventually transforms into a cow.
Perseus [M] 1 line
A hero. Handsome and dashing. He carries a sword and a shield.
Creatures of the Underworld [A]
Various spirits, monsters, devils that inhabit the Underworld and do Hades’ bidding.

Among Friends and Clutter

This character driven piece explores the most important relationships in life: friends, family, and love.

Ariane and Kate deal with people from their past who invade their head space. Will either be able to set themselves free?

Scenes from a Quarantine

This vignette style play can be easily performed using an online platform and has a variety of scenes to address all student skill levels.

The Gorgon Sisters
by Laramie Dean

Pricing Information for The Gorgon Sisters