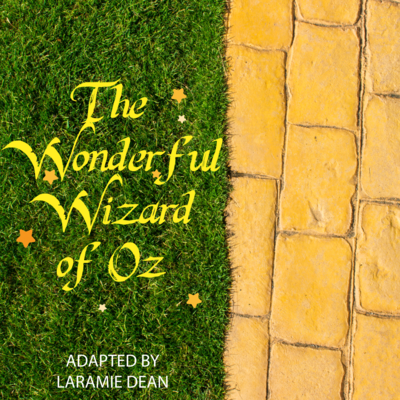 In addition to traditional live stage performance rights, The Wonderful Wizard of Oz can also be performed under the following scenarios.

Productions of The Wonderful Wizard of Oz may be Livestreamed.

Dorothy and Toto get swirled into a cyclone and find themselves dropped in the land of Oz – a land where scarecrows talk, lions are cowardly, and witches are very real.

In this fantastic adaptation of the original L. Frank Baum novel (there are no singing munchkins here) every fantasy element is easily and practically staged with just 10 cubes. You too can bring winged monkeys to life!

Recommended for actors with Moderate Experience.

The Wonderful Wizard of Oz
adapted by Laramie Dean from L. Frank Baum

Pricing Information for The Wonderful Wizard of Oz